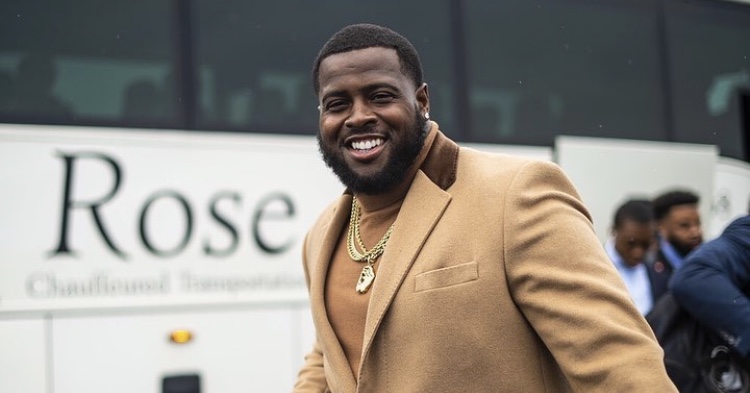 Kawann was born and raised in East Chicago, Indiana. He attended East Chicago Central High School where he was a star in basketball and football. In 2007,Kawann helped lead the Cardinals basketball teamto an Indiana 4A State Title and was an Indiana Basketball Junior All-Star. On the football field, Kawann was a force as well. He completed his high school career as an Indiana Football North South All Star selection, number 24 defensive tackle in the nation and number 6 recruit in Indiana by Scout.com.

Short attendedPurdue University in West Lafayette, Indiana. He red-shirted his true freshmen year but instantly made an impact in his debut. In his first year of action he earned the teams Newcomer of the Year award, was named to the Big Ten All-Freshmen Team and Freshmen All-American by CollegeFootballNews.com. He followed up freshmen year up with a stellar sophomore campaign. He was named Second Team All-Big Ten, finishing 4th in both sacks and tackles for a loss. His junior season, he got even better, being selected as First Team All-Big Ten. To finish his college career, Short finished First-Team All-Big Ten and Second Team All American. Upon completion of his senior season, Short graduated with his Bachelor’s Degree in Organizational Leadership and Supervision.

In the 2013 NFL Draft, Kawann was a second round pick by the Carolina Panthers. He was the 44th overall selection. His rookie season Kawann played as a reserve and still finished 10th in pass rush productivity by interior linemen to lead all rookies. In 2014, Short took over the starting role and finished ranked as the 3rd best interior linemen according to Pro Football Focus. In 2015, Short had a breakout season. He led the Panthers defense and all NFL interior linemen in sacks with 11. He was awarded the Defensive Player of the Month twice, becoming the first interior linemen to ever do so. For his performance, he was selected to his first Pro-Bowl, was named second team All-Pro, and led the Panthers to a Super Bowl appearance. He also earned himself a ranking of 58 on the NFL Top 100 Players of 2016 list. In 2016 and 2017 Short continued his steady play. He earned an alternate spot for the Pro Bowl each season and has been continuously ranked in the top 3 interior linemen by Pro Football Focus for his ability to stop the run and rush the passer.

Kawann understands his success and uses his platform to help others in many capacities. He donates and participates in numerous charitable events and appearances throughout the year. To begin his charitable giving early in his career, Kawann partnered with Athletes for Charity. Through their partnership, they were able to host a number charitable events and activities in Charlotte and East Chicago. In 2016, Kawann began hosting his annual youth football camp in East Chicago, Indiana. In 2017, a STEM component was added that allowed children to gain hands on experience. The camp has also expanded to add some parental components in health trainings and literacy. Kawann has since expanded his charitable vision and direction, working to create a foundation and funds to benefit youth initiatives and underprivileged communities.